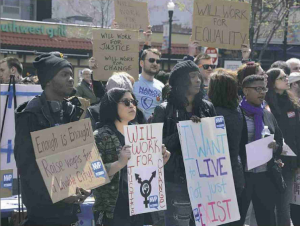 Dilma Rousseff, Brazil’s first female president, is now facing an impeachment vote in the Senate after 367 out of 513 deputies in the lower house of Brazil’s Congress voted to remove her from office. It seems unlikely that the once immensely popular Rousseff will be able to survive these proceedings, as economic turmoil and corruption scandals have plagued her government. According to recent polls, 60 percent of Brazilians would approve of her removal. For more: The Guardian
New York Times reporter wins Pulitzer for stories on Afghan women: NYT Reporter Alissa J. Rubin won the Pulitzer Prize for her reporting on the life of women in Afghanistan, including pieces about female police officers and the mob killing of a woman accused of burning the Quran. The Pulitzer committee said that Rubin earned the award for her “thoroughly reported and movingly written accounts giving voice to Afghan women who were forced to endure unspeakable cruelties.” This prestigious prize is one of several awards Rubin has received in recent weeks. To read Rubin’s story: New York Times
Report finds that female employees save companies millions on travel: A new report from the Harvard Business Review found that female employees save companies millions of dollars on travel each year because they tend to book flights two days earlier than their male counterparts, on average. The report speculates that one possible explanation for this trend is that women anticipate stress in their travel, so they try to plan ahead. For more: Harvard Business Review
Women-only arts center to travel around UK on barge: 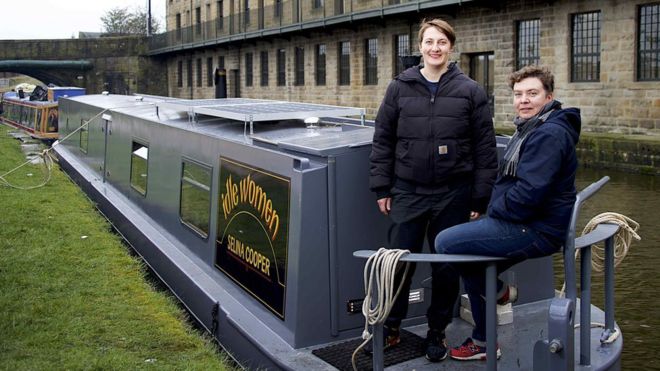 In an effort to address “the urgent need for women’s space,” a new women-only arts center will travel the United Kingdom’s canals on a converted barge as part of The Idle Women Project. “Women feel, on a daily level, really hassled by patriarchy and the system, and sometimes it’s just a joy to get a break from men,” says visual artist Martina Mullaney. “…It’s a luxury to think ‘while I’m on this boat, I put the outside world aside.’” The arts center will work with women’s groups where it moors, and all women are invited to visit and treat it as a “space for women to use in a way that they want to or need to.” For more: The BBC
Election Updates:
Recent primary election results: In recent weeks, Hillary Clinton won the Democratic contest in Arizona, while her opponent Bernie Sanders enjoyed sweeping victories in Idaho, Utah, Alaska, Hawaii, Washington, Wisconsin, and Wyoming. On the Republican side, Ted Cruz won the contest in Wisconsin, narrowing the lead of current front-runner Donald Trump. Candidates on both sides have been rigorously campaigning this week in New York in preparation for today’s contest; New York’s large delegate count has the potential to alter the course of the election. For more: Politico
Bernie Sanders, Hillary Clinton, Donald Trump, and John Kasich visit Pittsburgh: The past two weeks have been lively for Pittsburgh as four out of five presidential candidates paid visits. Bernie Sanders (D) held a rally on March 31 in the David L. Lawrence Convention Center, which was attended by about 8,500 people. Hillary Clinton (D) also held a rally on April 6 in the Skibo Gymnasium at Carnegie Mellon University. Donald Trump (R) and Fox News hosted a town hall in Soldiers and Sailors Memorial Hall, followed by a rally at the David L. Lawrence Convention Center. Clashes between Trump supporters and protesters led to four arrests and three injuries. Finally, John Kasich (R) made a campaign stop in Market Square on April 19.
Heated rhetoric might be causing stress in young children: The Southern Poverty Law Center, a liberal-leaning advocacy organization, asked 2,000 teachers to weigh in on the question of what children are learning from the 2016 election, in a report titled The Trump Effect. It was not a scientific sample, but of those who filled out the survey, more than two-thirds reported that students — especially immigrants, first-generation students, and Muslims — have expressed fears about what might happen to them or their families after the election. While some teachers are determined to use the election as a learning opportunity, others worry about the detrimental effects the vicious rhetoric might have on young children’s development and well-being. For more: NPR
Feminists of the Week: 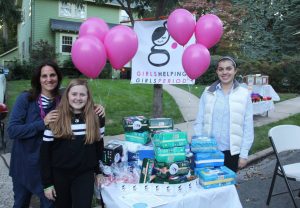 Fifteen-year-old Emma Joy and her 12-year-old sister Quinn co-founded Girls Helping Girls. Period, a nonprofit organization that helps underprivileged women in the United States get access to pads and tampons. The girls plan mother-and-daughter tea parties and Zumba classes in which participants bring a box of tampons or pads the girls then distribute to women who otherwise couldn’t afford them. They aim to ensure that every girl or woman they help gets a year’s supply of period supplies. For more: HuffPost