In the News:
President Obama announces executive actions to advance equal pay: On the 7th anniversary of the Lily Ledbetter Fair Pay Act, President Obama announced a series of actions the Administration will take to improve the persistent wage gap between male and female workers. The Equal Employment Opportunity Commission (EEOC), in partnership with the Department of Labor, is a new task force that will collect summary pay data by gender, race, and ethnicity from businesses with 100 or more employees to provide better insight on discriminatory policies and practices. In addition, The President is renewing his call to Congress to take up and pass the Paycheck Fairness Act, the Council of Economic Advisers is releasing an issue brief on the gender pay gap, and the White House will host a summit on “The United State of Women” on May 23rd. For more: White House Blog
WHO declares spread of the Zika virus an international public health emergency: The World Health Organization has declared the cluster of microcephaly associated with the spread of the Zika virus to be a public health emergency of international concern. The declaration is chiefly important to intensify the efforts to prove that the Zika virus is causing microcephaly, a birth defect in which babies are born with abnormally small heads. Some Latin American countries with strict anti-abortion laws have advised that women wait until 2018 to conceive, but contraceptives are restricted in many countries. Dangerous, back-alley abortions remain a concern as the virus spreads. More than 2,100 pregnant Colombian women have contracted the virus so far. For more: NPR 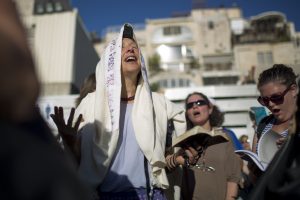 Israeli government announces men and women can now pray together at holy site:
The Israeli government recently approved the creation of a permanent and official separate area for mixed gender praying at the Western Wall in Jerusalem’s Old City. Women had previously been relegated to a small, cordoned-off praying area at the wall. The organization Women of the Wall has campaigned for equal prayer rights at the Western Wall for the past 27 years, holding monthly protests in the plaza in front of the wall’s ancient golden stones. Despite ultra-Orthodox cabinet members criticizing the move, The Israeli cabinet approved the plan without a formal vote. For more: The Guardian, NYT
Drones deliver contraceptives, medical supplies to women in rural Ghana: Inspired by Amazon’s vision of unmanned delivery drones, public health specialists have created Project Last Mile, a scheme that uses drones to deliver contraceptives to women living in remote rural areas in Ghana. The initiative has been so successful in its mission flying birth control, condoms, and other medical supplies to rural areas in Ghana over the past few months that the program is now set to expand into six other African countries. For more: New York Times
Australian lawmakers now permitted to breastfeed in Parliament: The Australian House of Representatives has changed its rules to allow lawmakers to breastfeed and bottle-feed their babies in the chamber. House Leader Christopher Pyne commented: “There is absolutely no reason that rules should remain in place which make life in politics and the parliament more difficult for women.” For more: BBC
Post-blizzard, only women show up to work in Senate:

Following last week’s blizzard that blanketed D.C. in snow and effectively shut down many parts of the city, Senator Lisa Murkoswki noted that only female senators, floor managers, pages, and staffers came to work. She theorized that the lack of men in the ranks of members and staffers might not have been a simple fluke, noting that the momentary gender ratio “[perhaps] speaks to the hardiness of women.” For more: Washington Post


Election Updates:
Democratic caucus in Iowa results in “virtual tie” between Clinton and Sanders: Hillary Clinton was declared the winner of the Democratic contest in Monday night’s Iowa caucus. However, Clinton’s lead over self-described democratic socialist Bernie Sanders remained excruciatingly narrow all night. With Des Moines precinct No. 42’s results, the final tally for delegate equivalents in the Democratic Iowa caucuses was Clinton: 699.57, Sanders: 697.77. Sanders backers called on Democratic Party officials to release the raw totals to ensure that Clinton actually won the popular vote. Critics are mixed on whether Sanders’ surprisingly high numbers in Iowa will improve his chances of securing the nomination, especially given Clinton’s ability to pull seasoned voters and self-identified “moderates.” For different opinions on the matter: Salon, New York Times
Cruz, Rubio pull surprising amount of votes, Trump experiences “losing”: Ted Cruz won the Republican contest in the Iowa caucuses, followed by Donald Trump and Marco Rubio. Cruz pulled a large amount of votes from first-time caucus-goers as well as evangelicals: two groups presumed to swing in favor of Trump, who had been the frontrunner in the entrance polls. It is possible that Trump’s choice to skip last week’s Republican debate hosted by Fox News in his protest of Megyn Kelly being moderator may have cost him votes in Iowa. For more: NPR
Huckabee and O’Malley suspend presidential campaigns: Both Republican Mike Huckabee and Democrat Martin O’Malley have ended their bids for the White House after poor showings in Iowa. There is much speculation about whether other candidates will follow suit, especially since Carly Fiorina, John Kasich, Chris Christie, and Rick Santorum each pulled less than 2% of Republican votes in the Hawkeye state. For more: Politico 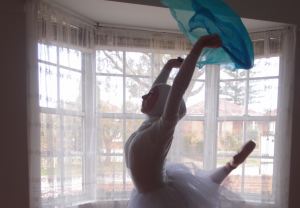 14-year old Stephanie Kurlow from Australia has launched a crowdsourcing initiative to help fulfill her dream of becoming the first hijabi ballerina in the world. Kurlow has been dancing since she was two, but stopped performing ballet after converting to Islam in 2010 and struggling to find a school that could cater to both her religious beliefs and dance needs. Kurlow has found inspiration from other Muslim women breaking down barriers in their respective fields. Her ultimate objective is to one day open a performing arts school of her own in Sydney that would cater to girls of many different cultural backgrounds. For more: Sydney Morning Herald