Feb. 23, 6 pm: The Raizman Lecture featuring Jenny Nordberg
The Women’s Institute at Chatham University presents the Raizman Lecture featuring Jenny Nordberg, author of “The Underground Girls of Kabul: In Search of a Hidden Resistance in Afghanistan.”
In Afghanistan, where society is ruled almost entirely by men, the birth of a son is cause for celebration and the arrival of a daughter is often mourned as a failure. But there is a third kind of child – girls raised as boys – using gender to resist the Taliban. Jenny Nordberg, the award-winning journalist, author, and TV producer who broke this story for The New York Times, will speak about Afghan women and girls living with almost no rights and little freedom, but using gender as a form of cultural resistance.

Don’t miss this chance to hear her speak! There will be plenty of time for Q&A and book signing as well. The event is free and open to the public with registration. For tickets, visit chatham.edu/events.

In the News:
Female coders face gender bias in their work: A new study found that female coders who submitted proposed changes to publicly available and freely modifiable software through a platform called GitHub had their work accepted more often than men did. “However, when a woman’s gender is identifiable, they are rejected more often,” the researchers wrote. “Our results suggest that although women on GitHub may be more competent overall, bias against them exists nonetheless.” For more: Washington Post
Annual Melinda Gates letter highlights gender disparity in unpaid work:

Melinda Gates and her husband, Bill Gates, the co-founder of Microsoft, released their annual letter  in which they outlined philanthropic priorities for the year, and hers was “time poverty” because of unpaid work such as doing chores and taking care of family members. She wrote: “Unless things change, girls today will spend hundreds of thousands more hours than boys doing unpaid work simply because society assumes it’s their responsibility.” This graphic shows unpaid work per day, in hours. For more: The Atlantic
Pakistan Prime Minister promises tougher stance on “honor killings”: Pakistani prime minister Nawaz Sharif has promised that the laws which allow families to murder their daughters in the name of “honor” should be changed as soon as possible. Sharif was speaking after the Pakistani premiere of an Oscar-nominated short documentary directed by Sharmeen Obaid-Chinoy. “This is totally against Islam and anyone who does this must be punished and punished very severely,” Sharif said. His stance will likely trigger a confrontation with religious conservatives. For more: The Guardian
President Obama proposes cutting funding for abstinence-only sex ed: In his proposed federal budget for 2017, President Obama has removed all funding for abstinence-only education. The changes include the elimination of a $10 million per year grant from the Department of Health and Human Services that supports such programs, which have never been proven effective. The Sexuality Information and Education Council of the United States (SIECUS) praised President Obama for his administration’s commitment “to secure the right to quality sexuality education for young people,” which also entails a proposed $4 million increase for the Teen Pregnancy Prevention Program. For more: New York Times


Election Updates:
South Carolina Republican primary and Nevada Democratic primary results: Donald Trump won the Republican primary in South Carolina by a ten percent lead over Marco Rubio and Ted Cruz, while Hillary Clinton won the Democratic primary in Nevada over Bernie Sanders by about half that margin. After unexpectedly poor showings in South Carolina, “establishment” candidate Jeb Bush suspended his campaign. For more election updates: NPR
Republican candidate John Kasich apologizes for sexist comment: Presidential hopeful John Kasich apologized for telling a Virginia crowd on Monday that women “left their kitchens” to back him in an early statehouse race. Kasich has also come under fire by some women’s groups for defunding Planned Parenthood in Ohio. For more: CNN 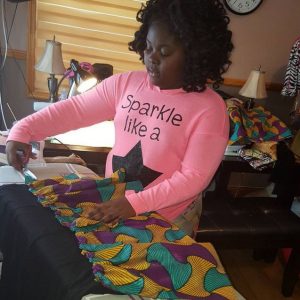 10-year-old Egypt Ufele, who goes by “Ify,” is using her experience as a victim of bullying to kickstart her career in fashion. Ify says she was repeatedly bullied for her size by her grade school peers. She decided to channel her frustrations into creating clothes for her dolls and eventually hand-sewing fashion lines for girls of all sizes. Now Ufele has become the only child designer to dress curvy models at New York Fashion Week. According to her website, Ufele’s designs, Chubiiline, are about “bringing Africa to American, one design at a time.” Ify is proud of how she “turned negative attention into positive attention” and is now celebrating girls of all body types through a passion she loves. For more: Today