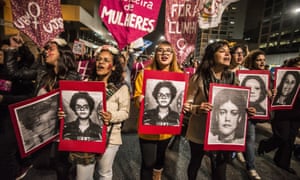 Since the Brazilian president’s impeachment, thousands of women across Brazil have come together to express solidarity with her. New movements, such as Mulheres Pela Democracia (Women for Democracy), have sprung up in support as women have marched in protest and even sent Rousseff letters and pictures empathising with the injustice of her ousting, and warning of its future implications. In October, during what has been dubbed Brazil’s “feminist spring” (Primavera das Mulheres), hundreds of thousands of women protested on the streets and through social media against sexual violence, paedophilia, and the sexist bills aiming to limit their reproductive rights. Between October 2015 and January 2016 alone, the search for the word“feminism” on Google in Brazil rose by 86%. More women have begun to identify themselves as feminist, and even begun introducing new vocabulary, such as the word “sorority”– which does not exist in Brazilian dictionaries and was virtually unheard of until 2015 – to describe solidarity with other women. For more: The Guardian
Pro baseball team signs two women: Sonoma Stompers of the independent

Pacific Association of Professional Baseball Clubs signed two female players, making them the first women in half a century to play in a professional baseball game. Kelsie Whitmore, a 17-year-old outfielder and pitcher, and 25-year-old pitcher and infielder Stacy Piagno will be the first women to play pro ball since a trio of ladies played for an old Negro League team back in the 1950s. The team’s general manager stated: “We hope this sends a message to the rest of the baseball world that there is room for women and girls in this game — from Little League to the Major Leagues.” For more: New York Times
New research reveals adverse health effects for overworked women: A new research study found that workweeks of 40 hours or more are especially detrimental to the health of women compared to their male counterparts. After analyzing data from the National Longitudinal Study of Youth, researchers found that working long hours (40+ hours per week) elevated risk of heart disease, non-skin cancer, arthritis, and diabetes. When broken down by gender categories, these risks were much higher in the female subjects. “Research indicates women generally assume greater family responsibilities and thus may be more likely to experience inter-role conflict and overload compared to men,” explain the researchers. “Therefore, when women work long hours, they may experience more time pressure and stress than men, and their health consequently might be more affected by working long hours, especially when considered over a long timeframe.” For more: Fusion
Nine-year-old girl told to just be “cute” lands book deal: Hilde Lysiak, the 9-year-old reporter who runs the Orange Street News in Selinsgrove, Pennsylvania, broke the story about a murder in her neighborhood last April before major news outlets. Some commenters told her she should focus on “cute” subjects, and even said she should stick to “tea parties and dolls.” However, Hilde will be covering more than just tea parties — Scholastic announced Thursday that they acquired the rights to a four-book mystery series that will be co-written by Hilde and her father, Matthew Lysiak. In a defiant video, Hilde said: “I know some of you just want me to sit down and be quiet because I’m 9. But if you want me to stop covering news, then you get off your computer and do something about the news. There, is that cute enough for you?” For more: Huffington Post
Female trailblazers shatter stereotypes in Afghanistan: 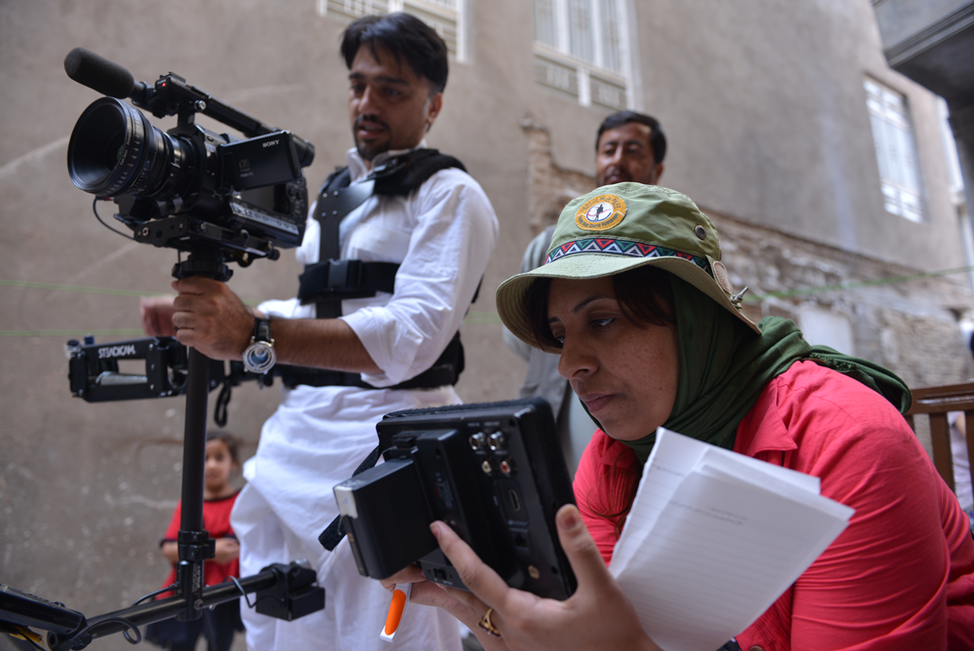 Photojournalist Tahmina Saleem takes a peek into the lives of seven women from Afghanistan, some of the first ladies to emerge in their professions since the fall of the Taliban regime in late 2001. These women are diverse, ranging from a paraglider to the founder of the first female-run Afghan film company. See the full photo set and descriptions here.

Election Updates:
FBI will not recommend charges against Hillary Clinton over email server: The FBI will not recommend criminal charges against Hillary Clinton over her use of a private email server during her time as Secretary of State, Director James Comey announced in a press conference. The threat of an indictment had been hanging over Clinton’s presidential campaign since news of the private email server came to light in early 2015. The Department of Justice will make the final decision over whether to prosecute Clinton, but will likely rely on the FBI’s guidance to not prosecute. For more: Associated Press
President Obama steps out on campaign trail with Clinton: President Obama, enjoying an unusually high approval rating for a president at this stage of his term, has begun campaigning for Hillary Clinton ahead of this month’s Democratic National Convention. “I’m here today because I believe in Hillary Clinton,” Obama told several thousand supporters at the convention center in Charlotte, N.C. “I want you to help elect her the next president of the United States of America.” For more: NPR
Feminists of the Week:

Female tea pickers in one Indian state have organized to fight for their rights. “We were earning little more than $3 a day…I didn’t have the means to raise my children. So we organized,” one tea worker said. Nine months ago, the women formed the Women’s Collective and organized a strike independent of the trade unions. Though they belonged to the unions for decades, the women now accuse them of being corrupt and ineffectual. “There’s an ego problem,” the Collective’s president stated. “A man cannot stand and respectfully listen to a woman. They don’t want to listen. So, we boldly walked away. But now they are scared, and they will have listen to us. Women have won, despite these men.” The women’s slogan suggests a steely resolve: “The hands that wear bangles can also carry swords.” For more: NPR