In July, over 100 black women artists converged to fight ongoing injustice in healthcare, forming the underground collective Black Women Artists for Black Lives Matter (BWA for BLM). On Sept. 1, the artists converged at New York’s New Museum for a public event, uniting against the institutionalized violence that continues to plague black communities, both on city streets and in hospital waiting rooms. The event featured healing workshops, performances, digital works, participatory exchanges, displays, and the distribution of materials. A statement from the museum said: “BWA for BLM focuses on the interdependence of care and action, invisibility and visibility, self-defense and self-determination, and desire and possibility in order to highlight and disavow pervasive conditions of racism.” For more: Huffington Post
Lack of birth control access drives Venezuelan women to sterilization: As regular birth control, such as contraceptive pills or condoms, becomes increasingly hard to access in the economically plagued country of Venezuela, more and more women are turning to sterilization to avoid getting pregnant. While there are no official statistics on the increase, the case of one health clinic in Miranda (near the capital Caracas) illustrates the problem: while the 40 slots it offers during sterilization day barely got filled up until last year, there is now a waiting list of about 500 women. For more: Fox News Latino
Brazil impeaches President Dilma Rousseff: 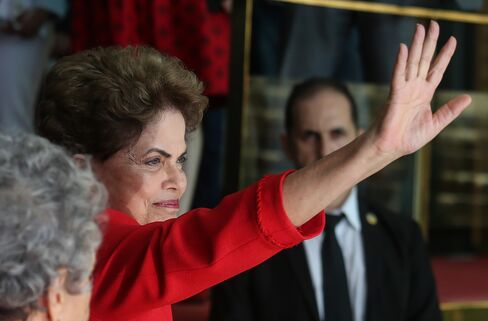 Dilma Rousseff, Brazil’s suspended president, was impeached on Wednesday, following a 61-20 vote by the country’s senate. “I know I will be judged, but my conscience is clear. I did not commit a crime,” Rousseff, the nation’s first woman president, told senators before the vote. “I can’t help but taste the bitterness of injustice.” Vice President Michel Temer will finish out Rousseff’s term, which extends through 2018. For more: Bloomberg
Boutique in Orlando provides modest clothing options for Hijabi women: An Orlando boutique called Veronia is stocked with long-sleeved caftans, full-length slit-less skirts, and more than 300 varieties of hijabs for Muslim women and others who wish to shop for modest clothing with ease. Founder Lisa Vogl explained the shop is “a hijabi Muslim-run, women-run business. We are strong, independent, business-educated women.” For more: NPR
Election Updates:
Women running for Senate pour millions into campaigns: The 2016 Senate races— which feature 17 women in all running for one of the two major parties — are expected to break spending records as the Democrats strive to gain four seats to take control. Pennsylvania’s race is the most expensive one so far, with Katie McGinty and incumbent Senator Pat Toomey spending a collective $35 million. A former state and federal environmental policy official, McGinty led Toomey 38 to 30 percent among registered voters, according to a poll released by Franklin and Marshall College on Aug. 3. For more: Women’s eNews
Feminists of the Week: The Shibar Valley in Bamian Province in central Afghanistan is a region that’s historically been prone to famine. Now, women farmers are

taking the lead in bringing the country’s spartan farming industry into a more sophisticated state over the last few years — both in terms of the crops being grown and how farmers are doing business. The women are diversifying crops grown while also enhancing business practices for farmers by organizing unions that account for a more dependable food supply chain. In addition to the burgeoning farming industry women are creating in Bamian, they’re also reaping the fruits of an improved social status in what has always been a male-dominated society. No longer are the women referred to as someone else’s mother; instead their names are preceded “union leader” or “deputy union leader” when they are introduced. For more: New York Times